10 words that don’t exist in English

There are 1.5 billion English speakers globally – roughly 20 per cent of the world’s population – and it is often adopted as the lingua franca between non-native speakers. However, the English language is not all encompassing, and people who speak it as a second or third language may find that words in their own language don’t easily translate. Indeed, there are some words from languages around the world that are so good, we believe they should be used everywhere. Here, we look at some of the most beautiful and meaningful words in other languages that don’t exist in English, but that could be adopted by speakers globally. 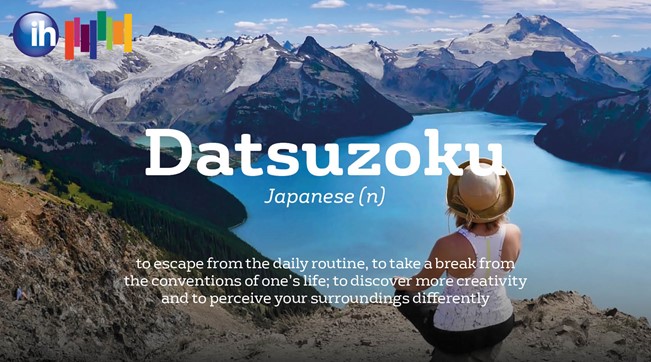 This Japanese word is more of a philosophy, as it is one of the seven principles of Zen aesthetics. It means to escape from the daily routine, to take a break from the conventions and mundanities of one’s life, to discover more creativity, resourcefulness, and to perceive your surroundings differently. It means to step out of your comfort zone, so if you have been thinking about learning a new language abroad, perhaps you can apply to principle of datsuzoku to your thinking! 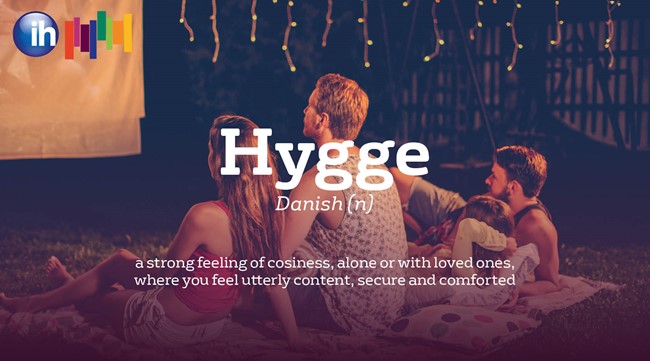 You may have already heard of this Danish trend that many people have adopted. Hygge (pronounced hue-guh), and the derivative hyggelig, essentially means cosy, but a very strong feeling of cosiness, of a special moment, alone or with friends, where you feel utterly content, secure, reassured, comforted, and even kinship if you’re among loved ones. It can also refer to a ritualistic aspect of your life that brings comfort, such as making a cup of coffee every morning, or lighting some candles in the evening. 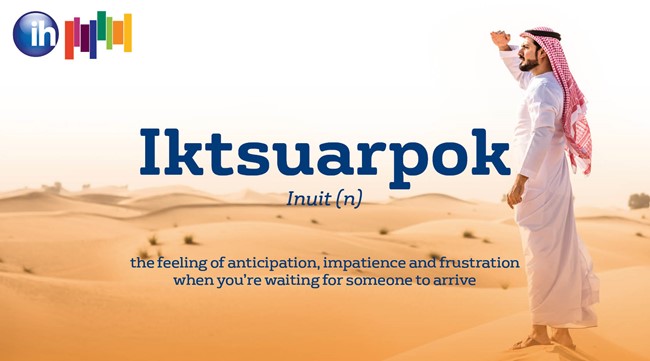 The Inuit word iktsuarpok (pronounced eek-soow-uhr-pohk) translates as the feeling of anticipation – or even frustration – when you’re waiting for someone to turn up. More specifically, it is the feeling of impatience, where you might continually go to the window or even head outside to see if your tardy visitor has arrived yet. 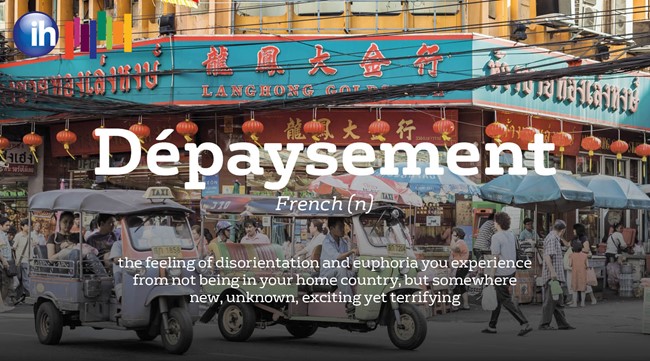 If you have travelled overseas to learn a language, you may experience dépaysement as soon as the plane’s wheels hit the tarmac. This French word describes the combined feeling of disorientation and euphoria you get from not being in your home country, but somewhere new, unknown, exciting yet terrifying. As you go through the motions of figuring out which bus to take or what jars contain in a supermarket, dépaysement may suddenly creep up on you, welcome or not. 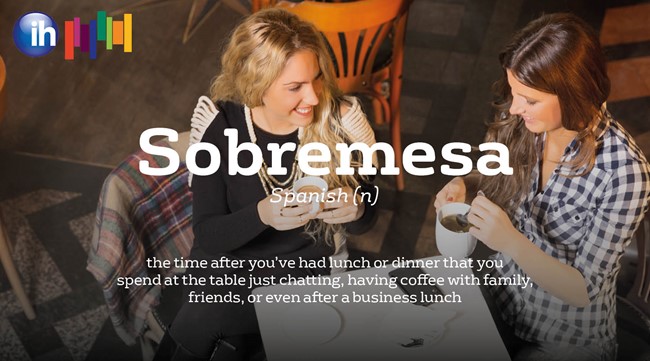 The Spanish lifestyle has conjured up this word – sobremesa. Its literal translation to English means ‘over the table’, but more expressively, it’s the time after you’ve had lunch or dinner that you spend at the table just chatting, having coffee with family, friends, or even after a business lunch. It can happen any day of the week, but more likely during the weekend, and it can be at home or in a restaurant. There’s no rush to leave the table… sobremesas can last for hours. 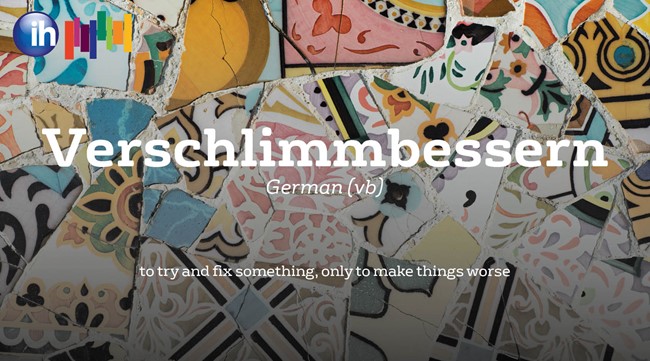 Have you ever tried to fix something, but only made it worse? If you have, then the German language has a word for you – Verschlimmbessern. Perhaps you tried to improve the flavour of a meal by adding some spice, but now it burns your mouth and is, quite frankly, inedible. Or if you attempted to rewire a plug (I’m sure this still happens in 2018) but you literally got your wires crossed… and now you essentially need a whole new lamp. 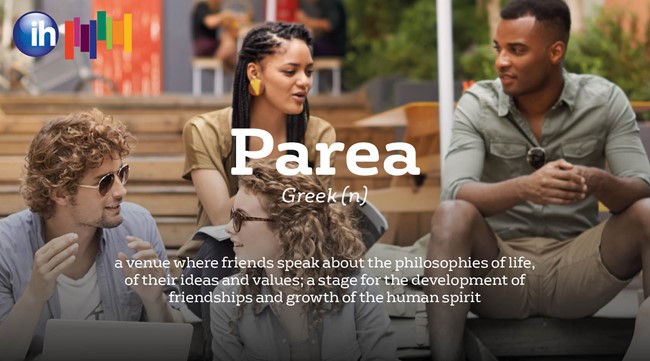 Imagine you’re abroad in a new country, learning a new language. You’re speaking that language with your classmates, talking about life, your ideas, your values, and a multitude of other philosophies. In Greek, this is known as a parea – a stage for the development of friendships and growth of the human spirit. 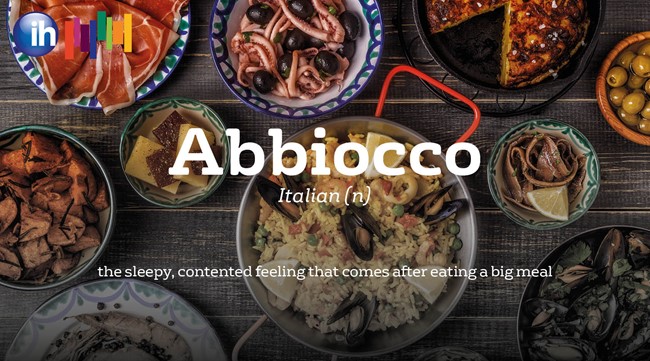 Otherwise known in colloquial English as a ‘food coma’, the Italian word abbiocco is the sleepy, contented feeling that comes after eating a big meal. Studying a language opens oneself up to a culture that may be totally new – and one important aspect of this for many people is, of course, the different types of food on offer. So if you’ve overindulged on the carbonara and gelato in Florence, you may feel the drowsy sensation of abbiocco. 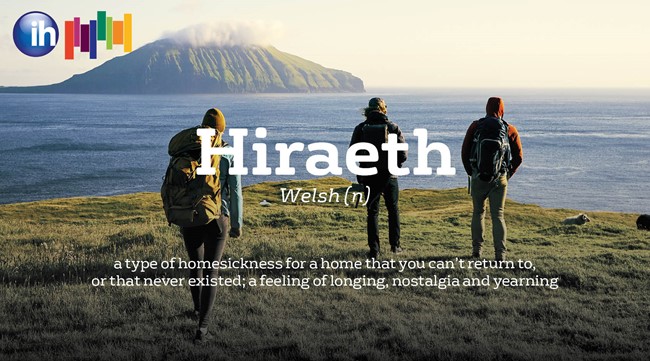 Hiraeth (pronounced he-reyeth) is a Welsh word which describes a type of homesickness, but for a home that you can’t return to, or that never existed. It is multi-layered in that it’s a combination of longing, nostalgia and yearning, and the feeling doesn’t always go away even when you return home. You can also feel hiraeth for a homely kind of feeling, such as love, if you are being reflective over your past and perhaps miss someone terribly. 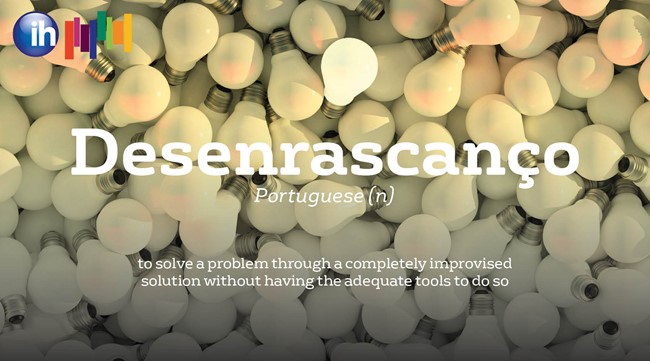 If you’re a resourceful kind of person, then you may have already experienced desenrascanço. This Portuguese word specifically means to solve a problem through a completely improvised solution, without having the adequate tools to do so, and instead, by using your imagination. Its loose translation to English is ‘disentanglement’ and is widely thought of as a characteristic that is deeply entrenched in the Portuguese way of life.

If you are interested in learning a new language, International House World Organisation schools offer many courses for all types of learners across our network of 160 language schools, including English, Spanish, German, Italian, French, Russian, Portuguese, Mandarin, Arabic.

Take a look at our Study Abroad schools here.

See here to browse through our extensive list of community schools. 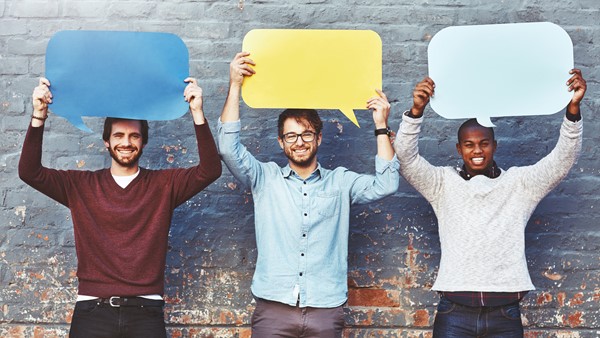 Top Tips for Learning a Language