We are absolutely delighted to acknowledge the extensive steps that IH Rouen - French in Normandy have taken to protect our planet over many years, and are pleased to award them the IH Sustainability Badge in recognition of this.

IH Rouen has recognised the importance of high environmental standards which have been embedded in the culture of the school for many years. 'Environmental Weeks' are planned into the curriculum and there are bins in the school which encourage students to separate waste and recycle. The school, located in the north of France, has also been a proactive part of the local community. and a range of charities and local community projects are supported, such as fund raising for football tables on children's wards in local hospitals. 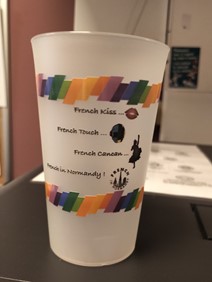 For a long time, the school has taken steps to save water usage by having dual flush toilets, automatic taps which switch off, and has saved electricity usage by using low energy LED lights and radar switches which turn off when nobody is in the room.

Four years ago IH Rouen took the strategic decision to go paperless in the classroom. Whilst maintaining active and enriching learning, they estimate this has saved over 20 tonnes of paper, with the associated savings in printer cartridges and toners, and delivery costs of transporting it around the country.

When the city of Rouen introduced City Bikes, the school requested a bike station near the school - which happened! They are now lobbying for a designated disabled parking space outside the school and an inclusive playground in the park opposite. All staff can have their annual bike subscription paid for, so there is every incentive to use a bike for the short commute and not a car. Students are also encouraged to use the city bikes and are shown all the details in their orientation tour. 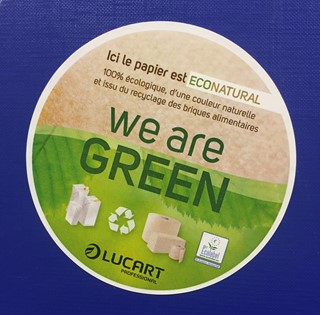 IH Rouen - French in Normandy is a study abroad school, where most students fly into France from overseas. To mitigate the negative effect of this, carbon offsets are paid by the school through their travel partner, Air France. Air France supports some very interesting carbon offset projects on forest preservation and biodiversity, and the development of renewable energies. All the projects selected have received the highest certification standards on the voluntary carbon offset market, and the World Wild Fund (WWF)'s Gold Standard. Choosing a project partner with verifiable status, such as this, gives greater confidence that the money paid will have a genuine impact.

In 2016, the school raised 17,000 euros for their preferred charity, FRIENDS OF NEW HEART, and 1 euro of every student registration goes to that charity.

Things do not stop there! The school is looking to do more and more. Recently all staff have been asked to think of ways in which they can encourage students to adhere to the recycling policies and come up with new ideas for any other actions to promote environmentally friendly solutions. And for some blue sky thinking, in the near future they are hoping to partner with a local university and a student project to assess the feasibility of installing solar panels on the school roof to generate their own electricity.

There are many more examples of how IH Rouen - French in Normandy is developing a sustainable model of operating an international language school. We have absolutely no hesitation in awarding this badge to the school, and we look forward to hearing about more plans for the future which we hope will inspire other IH schools that they too can help Protect Our Planet!