Using folk etymologies and backronyms in the English language classroom

I love etymology, the study of where words come from. Knowing the history of a word can often make it easier to remember — if you know that the ‘bell’ in ‘embellish’ comes from the Italian for ‘beautiful’, this tricky word suddenly becomes more accessible — and sometimes the etymology of a word carries with it a whole history — take ‘vaccine’ as an example and you’ll learn everything you need to know about Edward Jenner’s amazing work.

But sometimes what we think is the etymology of a word turns out not to be. The story is, occasionally, too good to be true. A classic example is the word ‘posh’, which we use to mean extravagant, wealthy, upper-class. Where does it come from? If you’re a stickler for the truth, you have to admit that the word’s origin is unclear — we simply don’t have any evidence to say precisely where it comes from. But if you like a good story, you’ll love the folk etymology of the word.

What is folk etymology?

We’ve always told stories about the world around us in an effort to understand what things mean and why they happen. What is true about the world is true also about the word — sometimes we see a word and wonder why it happens to take the form that it does, and in the absence of credible information we might let our imaginations wander. That’s what happened with ‘posh.’

Many years ago, it was quite the thing for the rich to sail around the Orient, usually on a P&O liner. If you were particularly rich, you’d request a cabin on the left-hand side of the boat on the way out — that way the sun would warm your room in the morning, leaving plenty of time for the room to cool before you retired for the night. On the way home to England you’d want to switch to the right-hand side so that the same effect could be enjoyed. Hence the acronym ‘Port Out, Starboard Home’ when the correct naval terms are applied.

It’s a wonderful yarn, but yarn it is: it’s too good to be true. The tell-tale sign is that this folk etymology is a ‘backronym’ — an acronym invented after the fact. Since the acronym appeared in the twentieth century, long after the appearance of the word itself, it is likely a complete fabrication. As Michael Quinion, the author of ‘Port Out, Starboard Home,’ suggests, before the First World War acronyms were extremely rare in word formation and etymology, and so any supposed acronyms that date to before that time need to be treated with care.

All of which is good to know, I’m sure, but rather begs the question: what can we do with this information? If folk etymologies and backronyms don’t tell us the real origin of the word, why study them?

In the English language classroom, they can come in handy in a couple of ways. First, examining these folk etymologies can tell us a lot about the people that concocted them. Returning to ‘posh’, what better example can we give of the word’s meaning than to connect it with people so profoundly rich that they would insist on having the best cabins on what was already a luxurious cruise? If you want your students to remember the word, getting them to think more deeply about the story can indeed help them to internalise it, and to have a better idea of when to use it.

The second reason they are useful to study is that the idea of folk etymologies and backronyms can form the foundation of a pretty interesting lesson, one in which different words are studied, and students need to come up with their own origin tales. Ideas abound as to what can be done with these words — as you will see from the materials for your classroom linked to below.

To download a pdf containing the activities that accompany this article, please visit www.closelyobserved.com 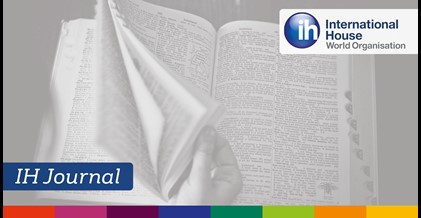