I spend a lot of time travelling, so I’m always keen to follow the latest developments in the world of aviation. I’m not an engineer, I’m an ELT teacher and manager, but I always feel a strange affinity for engineering problems. Engineering often seems to make visible the processes that are inherent in other professional working environments and, because the consequences of failure are usually so much more serious than other professions, the hard lessons are often clearer.

In trying to understand the underlying causes of the recent tragic crashes of two flights in Indonesia and Ethiopia, one area of investigation has been focused on the design of the plane. It’s reported that the Boeing engineers faced the difficulty of updating the design of an old airplane (the 737 has been around for nearly 50 years) and making it suitable to be airworthy and competitive in a very different market from that which it was originally created. The solution, it’s conjectured (to cut a long story, that I only vaguely understand, short), was to add new and more powerful engines to an old airframe. However, these changes altered the flight characteristics of the plane and made it less aerodynamically stable. The engineering solution to this was a software system that was supposed to correct the flaws in the plane’s new flight characteristics, but which actually led to situations where flight crews lost control of the aircraft. The writer of a Quartz article included a quote from a former Boeing engineer, “My concern is that Boeing may have developed the MCAS software as a profit-driven kludge to mitigate the Max 8’s degraded flight characteristics due to the engine relocation required to maintain ground clearance.”

The word(s) I’ve been waiting for my whole life!

The word used in the previous quote, ‘kludge’, was the thing that really caught my attention. I’d never seen it before, and since then, I’ve been wondering how much of this is also relevant to my working life. It didn’t take much research to discover that the etymology, meaning(s) and even pronunciation of the word is contentious and disputed. One reason for this is that it’s used slightly differently by different professions, but it’s also related to the fact that the word is attributed to a wide variety of both geographical and historical origins. Did it arise in the US Navy in the 40s? is it based on the Scottish word ‘cludgie’? Does it come from an old German word for ‘clever’? Nobody really seems to know, but, in an attempt to cut through the confusion, I’ve come up with the following:

In many cases, the word ‘kludge’ /klʌʤ/ (rhyming with ‘fudge’) is considered to have a negative connotation. It describes a careless fix to a problem that is poorly done and likely to be only temporarily effective. In British English we might say it’s a synonym of ‘bodge’. However, there’s a very similar word, ‘kluge’, which is often used interchangeably, and perhaps mistakenly, and can be pronounced /klu:ʒ/ (rhyming with ‘Bruges’) which has a potentially much more positive connotation. This is another ‘ad hoc’ solution to a tricky problem, but this time the workaround is successful. The reason that it works may be unexpected, or the procedure may be too over-complicated to be considered ‘elegant’, but there may be some respect for the effectiveness of the solution — especially by a fellow professional.

Pressures from above and below

When considering the situation in the engineering teams in Boeing, it’s easy to speculate on the constraints and challenges set by the organisation. There are deadlines to be met, there are demands for ‘results’ from the ‘top’, there is the competition from Airbus over the shoulder, there may be limitations in resources and personnel and there are always the technical difficulties of trying to make a square peg fit into a round hole — maybe the aeronautical challenge was just too much. I don’t know the full story in Boeing’s case, and I certainly wouldn’t suggest that they didn’t care about the safety implications of their work, but I can empathise (to a certain extent) from my own experience. As most ELT managers will know, there are always pressures to prepare new courses and the there’s always a compromise to be made that we’d rather not make. Sometimes the result works; sometimes it doesn’t — and it’s not always clear why.

Can you be too good at your job?

In some professions, aeronautical engineers and ELT managers being two examples, there seems to be a need to find quick solutions to difficult technical problems in complex environments. The solution is often likely to be either a ‘kludge’ or a ‘kluge’. Which one it will be is often decided by forces outside our control, but one final aspect that may be worth consideration is what Chris Argyris (HBR,1986) called ‘skilled incompetence’. In these cases, workers are “skilled” because they act without thinking — there is an automatic response that comes with being good at your job (e.g. problem solving). They are “incompetent” because their skill produces unintended results — which, paradoxically, means that the better you are at your job, the more likely you are, in some cases, to overlook or ignore alternative ways of behaving. In these cases the ‘expert’ needs to think carefully about how their professional experience and skills — built up and honed over years of practice — may actually prevent them from seeing the broader consequences of their actions. Is it possible that engineers, feeling relieved that they have discovered a ‘kluge’ to a knotty problem, could fail to see that the solution may not be appropriate for the real world? For Argyris, the problem led to a solution, through education, he called’ double-loop’ thinking. The solution may have been reasonable, but we still don’t see much focus on it in our professional lives or training.

“And you may ask yourself, well, how did I get here?”

To put all of this into a more familiar context to finish, let’s consider the way that pre-service ELT teacher training courses have developed. A course that originated in a particular time and place and for particular ends (as an IH teacher trainer, I’ve heard the stories many times), the original 4-week ‘certificate’ was developed in the early 1960s in an old building in Covent Garden. Move forward 60 years, and the modern courses, such as the CELTA, still have mostly recognizable elements from the original course, but so much of the context has changed — the global scale, the industrial administrative processes and, of course, the changing candidature with their evolving teaching requirements. Over the years the course has changed to try to meet those needs and, probably, every step of the way has seen sensible experts making reasonable adjustments and workarounds to procedures and criteria — every step seeming to be a appropriate option.

To be clear, I’m not Cambridge ‘bashing’ here — it’s up to that organization (or others) to decide how far its responses to changing markets and customers might be a ‘kluge’ or a ‘kludge’. No, to me, it’s the way that trainers have adjusted that seems to be most interesting. Caught between the demands to manage increasingly complicated course requirements and the needs of stakeholders in a complex global ELT environment, I’m not sure how well most of us trainers are coping with the challenge of being the ‘gate-keepers’ to our profession. Sometimes, speaking from personal experience, I’ve had to throw mismatched elements together and ‘kludge’ a solution in which the flaws were immediately clear. At other times, I have crafted something that seems to work, but may actually have led to broader systemic issues further down the line. For example, I know that I’ve tweaked and stretched assignments and input sessions to meet the needs of candidates whose language ability may not really be up to the needs of the course (but who I have somehow ‘inherited’). In these cases, I may feel a degree of satisfaction in ‘doing my job’, but is my ‘kluge’ really doing anybody a service in the long-term?

Overall, a key thing that I’ve learnt from my reading about the Boeing 737 Max 8, is that I’m relieved that my job doesn’t have the consequences that an engineer’s does. However, within our field, it makes me feel that when the circumstances and constraints force me in to a ‘kludge’, I hope I have the sense and resolve to point out that the solution is not fit for purpose — sometimes our ‘workarounds’ just don’t work; the challenge may be beyond our professional capacities. However, on the other hand, we also have to be aware of our ‘kluges’ too. They can be deceptive and lull us into a kind of professional complacency. We need to be on our guard against the temptation to rely on the seemingly clever and satisfying solution to a situation that may be inappropriate and damaging in the longer term.

By the way, I still don’t know a word to describe the perfect ‘fix’. Do you? 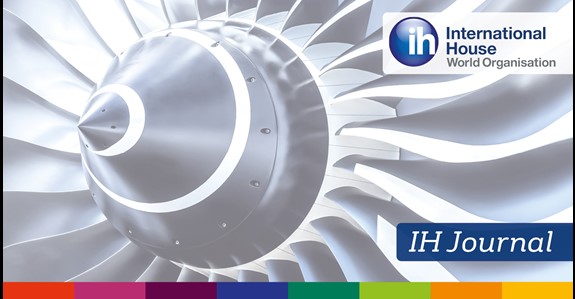