A group of IH staff from several countries around the world attended the annual IELTS IDP Conference in Bangkok, Thailand from June 11 until June 14, 2019.

Danny Willcocks, Director of IH Bangkok and his wife, Pum, kindly invited the IH delegates to spend a very nice afternoon at the school.

Ariel Lopez, Director of IH Mexico, who attended the IELTS IDP Conference and visited the school, said, “The staff from other IH schools learned about the very successful operation IH has in Thailand and had a tour of the premises, which are state of the art.”

During the visit, a cake was brought out to celebrate two special birthdays: Katherine Leighton from IH Bogotá and Bob Flory from IH Barcelona.

The IDP Conference about IELTS was interesting to the IH schools attending as they are all vital exam centres for the English language test. IELTS is highly regarded internationally and passing the test can open doors to academic and professional opportunities in many institutions and places around the world.

Thank you to International House Bangkok! 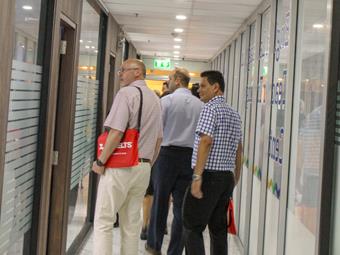 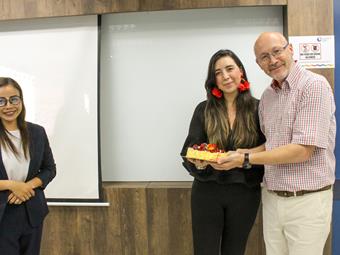