IH Ancona & Jesi have new and colourful artwork in their premises

IH Ancona & Jesi is looking beautiful with the new artwork by David, a very talented artist.

David studied graphic arts in Rome and has always had the hobby of painting. He started collaborating with Victoria International House several years ago, making portraits of different people to convey the school’s openness to different cultures. He was also involved one edition of Shakespeare in A Box, a project involving high schools students revisiting a Shakespeare’s play in the light of an Italian poet and a pop band/singer. In 2016 The play chosen was the Tempest,  the poet Giovanni Pascoli and the singer Madonna. David painted the panel portraying the three artists outside the theatre before the premiere, so that the painting itself was a performance before the performance. The panels are now in the Jesi premises of Victoria International House.

He then created the Hand painting, one of the symbols of Victoria, and other works, among which a panel in IH London ](top floor, or so he says)]. “I find myself in tune with the colourful approach on the International House’s world” he says “it conveys a sense of fun, and represents a melting pot of different identities. With my art for International House, I had the chance to play with the colours and reinterpret the standard zigzag”. 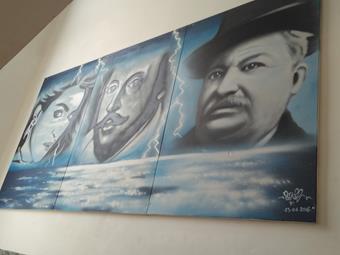 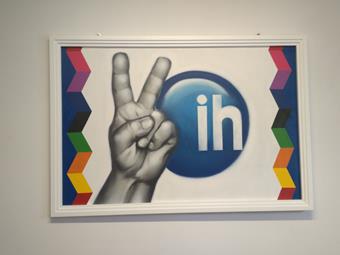 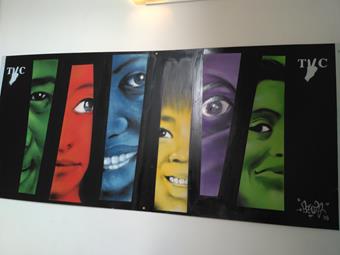 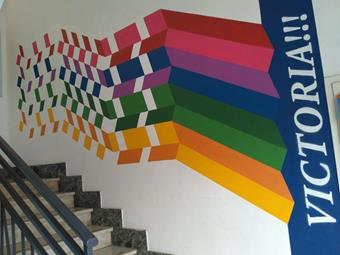