70 Years of the IH Network

As we celebrate the start of 2023, the IH network is commemorating more than just a new year. We are celebrating the 70th anniversary of the IH network.

It’s extraordinary to think that 70 years have passed since John and Brita Haycraft set up the first school, Casa Internacional in Cordoba, Spain in 1953. To contextualise the date, it was the same year that Queen Elizabeth II was crowned, the double-helix structure of human DNA was discovered, and the year that Joseph Stalin died. Today, the world is a different place. With globalisation, international travel and migration have increased and we are no longer strangers to different cultures and languages. 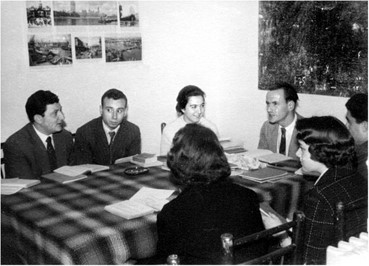 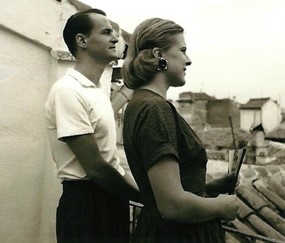 In 1953, the Haycrafts’ dream of creating connection through communication was quite unique. Language teaching was based on grammar and written exercises with little emphasis placed on oral communication. John and Brita Haycraft, with their wealth of first-hand language learning experience, sought to modernise teaching approaches by placing students in real-life situations. The communicative method that they formulated encourages students to use new language in interactive, real-life situations outside the classroom. John’s many class excursions demanded students communicate and thus encouraged the formulation of natural strategies for language acquisition. Their approach focused on student-to-student interaction rather than teacher-to-student and is still widely used in IH schools around the world today.

Their founding principle was to remove the barriers that language can impose on interaction and build communities across different cultures. 70 years on, we see lifelong friendships, relationships and families formed at IH schools around the world. Despite all the many other accolades the network has, these relationships truly pay homage to the Haycrafts’ original dream. 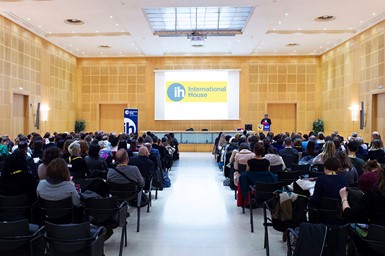 The IH network is made up of more than just the schools, it is the individuals and their collective passions and aspirations that make it what it is today. Those individuals are the students, the teachers, the directors, the trustees, the academic managers, the administrative staff and the teams that clean and maintain the schools. The list is endless. 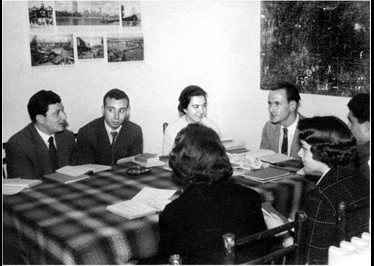 The humble beginnings of a class of 16 in one of the two rooms the Haycrafts were renting to live in in Cordoba showed early signs of success “Within three weeks, an astonishing total of sixty students had enrolled. We moved tables and chairs into our study/dining room and our bedroom, curtained off the washstand and the bed.” (Haycraft, B 2003 ‘Cordoba: Cradle of International House’, IH Journal, issue 13).

The beginning was a pinnacle moment, as Brita Haycraft wrote in an edition of the IH Journal in 2003, “Much of what is best about International House today has its origins in those magical years in Cordoba. It was a privilege to live there.” (Haycraft, 2003)

The school was not just a community school, it quickly grew to welcome foreigners wanting a taste of genuine Spanish culture, “In a year we had started Spanish Easter courses for Foreigners and people from England, France, Holland descended for a packed three-week programme, also sampling Montilla wine and flamenco dancing with our delighted Cordobese students… We organised ‘International Weeks’ and had ambassadors come down and be fêted by the Town Hall. We became not just a school but a ‘Casa Internacional’.” (Haycraft, 2003)

When the Haycrafts decided to move back to London, the next Casa Internacional was born in Endell Street, Covent Garden. It was founded upon the same principles, teaching English and other languages such as French, Spanish and Italian.

“Already some of the fundamental aims are in place: the reason for founding Casa Internacional, small classes, language exchanges between nationalities, company teaching, the chance to follow up with a course in Spain, versatility and flexibility.” (Haycraft, B 2008 ‘IH in Covent Garden, Then and Now’, IH Journal, issue 24)

The opening of the London school was not smooth sailing with issues in finding students. But slowly the numbers started to increase and by the time the school moved to Shaftesbury Avenue in 1961, the central location, new canteen and further rooms made it a favourite among foreigners living in London.

However, the lack of reliable and professional English teachers proved to be a problem for the IH schools. “This is when John thought of a course to train teachers. A tiny ad in the magazine The New Statesman brought our first twelve trainees for two weeks in June 1962. There was a bold new component. Each afternoon, after their theory session, the trainees had to teach real classes watched by fellow trainees and their tutor. It worked, possibly because of the group discussion afterwards. And it was the 60s. At the end, we kept on the best ones as teachers. The course was to multiply.” (Haycraft, B 2003 ‘Fifty Years of IH in Broad Brush Strokes’, IH Journal, issue 13)

And so what was to become the CELTA was born, “The beauty of short courses was that you could see the result within months, rather than years. Swapping ideas and observing classes became the norm and I remember the excitement at the teachers’ meetings. Being a new school with new teachers made new ideas possible. This was only 1963-4 -5. We never looked back and some of our intrepid trainees have become today’s most popular EFL authors.” (Haycraft, 2003)

With a growing network of ambitious teachers, more and more schools began to open. In 1963 IH Lisbon was opened by a teacher from IH London. By the mid-1960s, there were new IH schools in Italy, Portugal and Algiers. In the 1970s, schools opened in Argentina, Egypt, France, Germany, Italy, Japan, Singapore, Spain, Thailand and Turkey. This is the moment when International House truly became a world organisation.

“By then International House had some thirty affiliates and 40 Shaftesbury Avenue was a powerhouse of teaching and training, supplying teachers, materials and services to many UK schools too. We offered classroom videos, the English Teaching Theatre, a bookshop, a teachers’ monthly magazine, Salvatore’s restaurant, a students’ welfare bureau, an au pair agency, and the Teachers’ Centre. We never advertised until 1980. What we lacked were some large rooms.” (Haycraft, 2003)

As the ELT departments prospered and more and more students arrived, John Haycraft decided it was time to turn the focus back onto other modern languages.
“In the late 80s, John told everyone he was re-launching the Modern Language Department. No sooner said than done. Teacher trainer Elaine Walker produced the business plan overnight and Marisol Gower and Ana Palley gave the first TT course for Italian, Spanish, French and German teachers a month later. Japanese followed. It prospered. IH know-how was to bring in schools in Hungary, Poland, Ukraine and beyond.” (Haycraft, 2003)

Today we have 140 affiliated language schools in 45 different countries. Some schools have been part of the network for over half a century IH Cordoba, IH London, IH Rome - Accademia Britannica and IH Huelva.

As the world evolves, we uphold the founding principles as key guiding influences on decisions affecting the network. We also interpret them to best deal with modern-day situations such as promoting sustainability and encouraging everyone in the network to protect the planet. We have been focusing our efforts on making the IH network more sustainable. From changing our approach to conferences and branded marketing materials and merchandise to promoting our schools’ green projects, we are dedicated to playing a part in protecting the planet.

The Covid-19 pandemic hit the language education sector hard, with many students travelling abroad to receive an immersive study experience and all face-to-face courses in community schools grinding to a halt, there was a short moment when the future looked shaky. But the IH network showed its resilience and passion for innovation by investing heavily in online teaching. Not only did this mean training all teachers new strategies and methodologies relevant to online teaching but researching tools to facilitate learning at a distance. Hence the online promise was born, IH is dedicated to providing the same high-quality teaching online as well as face-to-face.

It was a difficult time for the network, we said goodbye to key members who had no option but to close in light of international circumstances. However, 2022 saw the start of recovery and we welcomed 9 new affiliates to the network.

Nothing demonstrates the importance of the IH network better than how people reacted to coming together for the first time in two years at the Director’s Conference in Madrid in 2022. The joy of being reunited made us all realise how unique our community is and how much support we get from it.

How we will be celebrating 70 years of the IH network

As we look towards the year ahead, we will be basing our celebrations around four themes which embody the future of the IH network. The themes are innovation, evolution, community and diversity. Our three annual conferences will offer the opportunity to celebrate together and focus on these themes. We will also be exploring the topics through our social media.

We will be exploring what IH means to our community and how IH has played a role in the lives of the people who have interacted with the organisation through a series of videos.

We will be launching a podcast to share innovation and evolution in the world of language education.

We are relaunching the IH journal, to share and promote some of the best and most stimulating thinking in EFL teaching. Stay tuned for this and much more in 2023 as we look forward to celebrating the legacy and future of International House with you.
Today, International House is widely regarded as the foremost independent language teaching and teacher training organisation in the world. We cherish every member, new and old, big and small and look forward to the network growing in the future and sharing the principles we hold dear. As Brita Haycraft said, “Together, the EFL opportunity and the IH inspiration have crafted an exhilarating and value." (Haycraft, 2003)