Through December, as daytime light fades in the Arctic, the IHWO team have valiantly kept walking to reach our target in the 40,000km challenge. We are delighted to report that we reached our target and completed our loop of the Arctic! 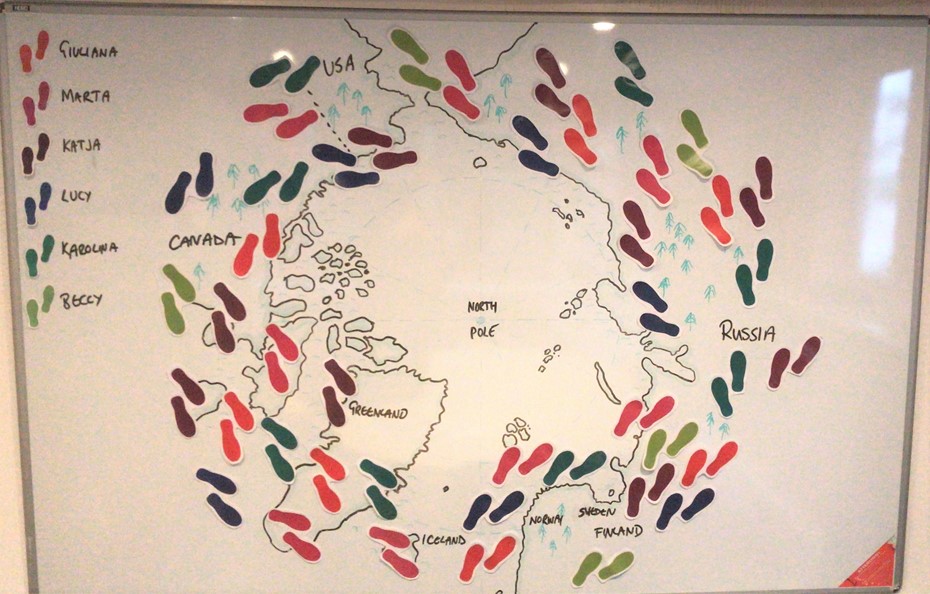 In this final stage we are passing one of the largest islands on the planet, Greenland – second only to Australia. It is virtually entirely covered with an ice sheet. This is a geographical anomaly, as other places at similar latitudes are not covered in ice all year around – including Iceland to the East and Baffin Island to the West.
It’s thought that some specific climatic conditions about 3 million years ago caused the ice sheet to start forming on the island which up until then had been covered in trees and grasses. More and more snow fell, and over thousands and millions of years the ice sheet was formed.

This is a real ice sheet, not just a bit of snow and ice on the surface of the ground. Its thickness ranges from between 2,000 and 3,000 metres thick.

To illustrate how thick this is:

Over the whole of Greenland, that is a lot of ice. It is true that sea ice over the whole arctic ocean covers a larger area, but it’s the thickness of the ice sheet on Greenland that means a lot lot lot of water is captured on the land. It is estimated that there is 2,850,000 km3 of ice.

In our current times of global warming, what would happen if that all melted? If all of Greenland’s ice melted and joined the sea, it is estimated that global sea levels would rise 7.2 metres.

Just think about that, and all the major cities of the earth which are at sea level: Shanghai, Tokyo, Kolkata (Calcutta), Dhaka, Ho Chi Minh City, Alexandria, New York, Lagos, Jakarta, London, Miami. They, and many more, would be devastated.

Luckily, nobody thinks that the whole Greenland ice sheet will melt. At the moment, projections are that temperatures will rise by about 2.4 C, which will cause between half a metre and 2mtr rise in sea levels. Even this is considerable because more than 600 million people (around 10 per cent of the world’s population) live in coastal areas that are less than 10 meters above sea level. Here are just some examples of cities that could be affected:

There are many many more cities around the globe already investing in strengthened coastal defences, but perhaps there are millions and millions of people who are just ignoring the threat or are oblivious to it. 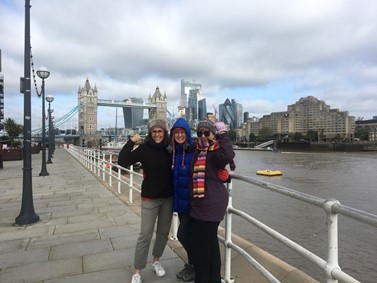 Close to home, London is vulnerable to flooding because the Thames is a tidal river. If no protection measures were put in place the IHWO office in London would risk its foundations being washed away. (We are pretty much at river level, and you can see from this pic how high the river gets! This was a normal day, not even a particularly high tide.) Luckily extra defensive measures involving the wider Thames Estuary are planned to protect the whole city, and of course our office (!).

Not all cities around the world are as rich as London, and not all can afford to protect all the homes and families living near sea level. Consider the 20 million people in Dhaka in Bangladesh or the 10 million in Jakarta in Indonesia. This demonstrates how important it is that we all try to do our best to limit global warming. Cutting down on greenhouse gas emissions by limiting our polluting car journeys helps.

The 40,000km walk challenge has been a way for staff and students in IH schools around the globe to change towards sustainable habits that will reduce carbon emissions. This ran from October to December 2021, and we hope that everybody’s good new habits will continue into 2022 and beyond.