Get involved in your community

Where people care about their local community, they are more likely to care about the wider environment and want to protect our planet.

Most IH schools are very well rooted in their local community, especially where you teach local children – and probably the children of people who you taught years ago.

By participating in local social projects, perhaps through charity initiatives, both teachers and students will contribute to develop a socially responsible behaviour. We know of many IH schools that already raise money for local charities, or supply reading books for those in need.

If there are local environmental issues in your area, a grassroots approach to tacking them is often the best. You, or your students, may know that there are particular issues in your locality to do with the theme below which you could get involved with.

The land we live on

Nearby to you there may be issues of loss of native ecosystems, degradation of natural land use, or over-pollution. Forget the huge global issues of Jaguars in the Amazon, or Elephants in the Serengeti. Think of issues local to you.

There may be frogs trying to cross a road to get to a breeding pond on one moonlight night a year – who could be saved from being squashed by cars by willing volunteers carrying them across in buckets.

There may be tree planting projects to create more habitat for local wildlife. There may be a forest where some nesting boxes would attract back local bird species to settle and raise their young.

The water we drink

Clean water is hugely important to creating a healthy local ecosystem. Perhaps there are voluntary groups nearby which collect rubbish from local rivers to protect fish and invertebrate populations – or perhaps you could start one!

There may be a local river which has been invaded by a non-native weed, which would benefit from a group of keen people cutting down the invasive weeds and allowing native species flourish.

And how about doing something for the benefit of humans? The “London Waterkeeper” project is working to get a section of the River Thames clean enough to swim in. This would benefit all local people or those in London who are interested in wild swimming.

The air we breathe

There may a factory polluting the air or rivers, and a local group might get together to write to your local politician or organise a petition, for example, see Cittadini per l’Aria (Citizens for Air) in Milan, Italy, which works for better air quality, and on other environmental issues, empowering citizens around Italy to become more effective advocates.

The animals and plants we share our planet with

Ensuring biodiversity and the preservation of a wide range of native species is a huge sustainability problem. Some commentators state that humans are causing the sixth mass extinction in the Earth’s history. Some analyses have found that billions – that is billions – of regional or local populations of plants and animals have been lost. (The Guardian, 10 July 2017).

The increasing human population and overconsumption are blamed for this.

It’s not all doom and gloom. We may be able to take steps to preserve local species of flora and fauna. How about a project with students to plant traditional varieties of flowers or grasses. Re-wilding (restoring natural landscapes damaged by human over-use) is currently seen as a highly effective method of carbon storage and species preservation. There may be projects in your local area which could do with support and encouragement, which students would love to get involved with.

How about choosing to plant bee friendly species of flowers – or even have your own beehive on the roof of the school. Even in cities, these are more and more common and very successful – nd you get free honey! (Remember the beehives on the roof of Notre Dame in Paris which survived even through the devastating blaze in 2019!)

How about a house pot plant or a tree given as a prize in a competition, rather than some throwaway consumable?

It’s not just plants and animals which make a healthy local environment, it is our fellow humans as well. Engaging with local community projects to support charitable activities is always welcome. Whether this is a teenagers’ drama group, walking assistance dogs, or playing in a community music group – encouraging staff and students to take part in some activities will encourage them to become global citizens. 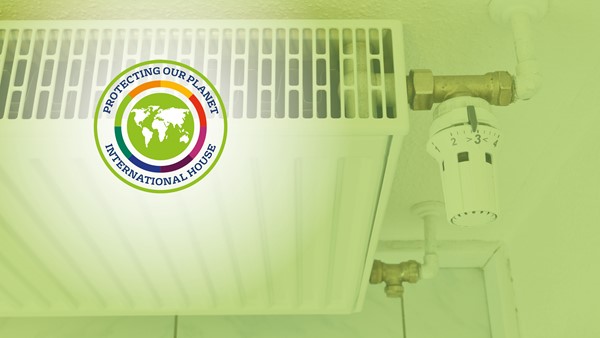 Ease up on the heating and air conditioning 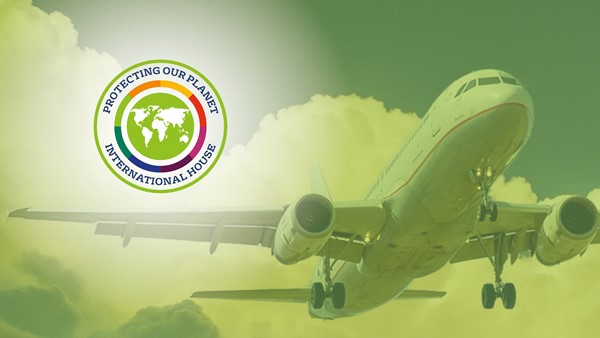 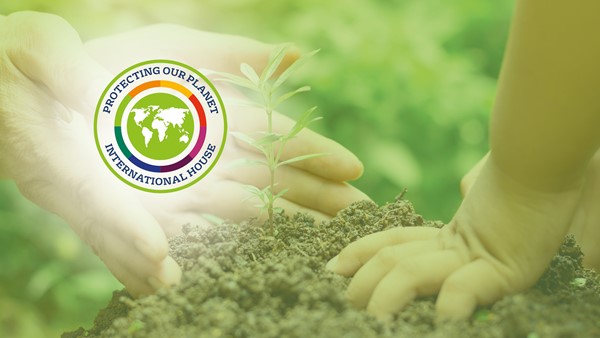 We are educators – let’s educate