Lessons from training a visually-impaired trainee on CELTA

From mid-February to mid-March 2020, I ran a CELTA course at British Council, Dhaka, Bangladesh. On this course, I had my first experience of training a visually-impaired candidate, a challenging experience which I learned a great deal from, and am keen to repeat. I have always fully supported the idea of Equal Opportunities in the recruitment of trainee teachers for training courses, but this experience taught me a great deal more about what that means in practical terms, and what it means in terms of challenges and responsibilities for trainers.

The visually-impaired trainee who was accepted on the course was in his late forties, and had quickly lost most of his vision 13 years previously. Before his loss of vision, he had been an English teacher, and then a school principal in the Bangladeshi city of Cox’s Bazar. Since he lost his vision later in life, and some vision remained, he had not learned to read and write in Braille. He was able to walk unaided around the university where the course was being held, and could read text so long as it was written in white text on a black background.

Having left teaching after his loss of vision for a career in sales, the candidate was keen to take the course to see if he was still able to teach a class. He also wanted to learn new teaching techniques, coming from an educational background he described as “traditional” and teacher-fronted.

The challenges for the trainee

Cambridge operates a strict policy of equal opportunities in relation to access to CELTA courses. “Under the terms of the UK Equality Act 2010, it is a legal requirement to make reasonable adjustments to cater for candidates with disabilities (e.g. dyslexia, dyspraxia, ADHD, visual/hearing impairment, physical disability) and we would expect all of our centres to operate according to similar principles in this respect.” (CELTA Administration Handbook, 2017). The British Council is committed to the same policy, and as detailed later in this article, several key adjustments were made to support the candidate.

The most problematic phrase from the UK Equality Act above is “reasonable adjustments”, when the organisation of CELTA courses, and the criteria by which effective teaching is assessed, have been designed by sighted people for a majority-sighted candidature. Throughout the course there were several challenges that the trainee faced, in addition to those faced by fully-sighted CELTA course participants. Despite the interventions that tutors and peers made to improve the trainee’s access, he was operating within a physical environment that had been designed with sighted people in mind. In their seminal work on access for visually impaired students in higher education Hutchinson et al (1998, p.241) state, “It still seems to be the case that architects rarely consider and/or act upon the access issues of the disabled customer when designing new buildings.” In this case, the trainee was independently mobile within the course venue, but the following is a list of problems he raised with us about the course and the training premises:

Adjustments made to support the trainee

It is impossible to anticipate all the challenges a visually-impaired trainee will face on a teacher training course. Hutchinson et al (1998, p.9) refer to the “disconcertingly infinite variety and essential uniqueness of each person’s (often fluctuating) visual experience”. Given this variety of experience being visually-impaired, there can be no one-size-fits-all set of adjustments that trainers and centres can make. Equally, any interventions made by trainers and centres can only go some way towards making the experience of a visually impaired trainee easier, as “visually impaired students often have to work much harder than their peers to achieve the same end result.” (ibid, p.51). Through constant dialogue with the trainee, at interview before the course, and during the course, the following adjustments were made to support his experience on the CELTA.

In addition to the adjustments made by the trainers, the other trainees were very supportive, and provided help where possible. In general, they were also understanding of the need for the trainee to receive more support, and time, from tutors. It is worth mentioning here that the trainee completed the course successfully, and showed real progress with a range of teaching techniques.

Advice to centres accepting visually-impaired trainees, and to tutors training them

For the British Council, Dhaka, and for me personally, this was the first experience of training a CELTA candidate with a visual impairment. Both the centre and the trainer team worked hard to ensure the trainee had appropriate access and support during the course, but we were still left with plenty to reflect upon. The points below are important for training centres and staff to consider when training a visually impaired teacher.

My experience of training a visually-impaired trainee on CELTA was challenging and inspiring, and with constant dialogue about what was needed to ensure proper access to materials, equipment and texts, the trainee worked very hard to make good progress on the course. I hope that these reflections are useful for any centre staff or trainers who have the professionally-enriching experience of training teachers with visual impairments. 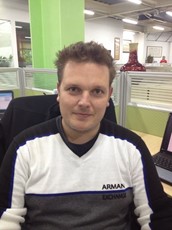 Author's bio: Arthur Laing has been teaching English as a Second Language since 2003, and training ESL teachers since 2013. He currently works as a CELTA and ICELT trainer, training mainly in China, Singapore, Vietnam and Georgia. The majority of his ICELT trainees are C1 speakers of English from China, and his CELTA trainees come from a diverse range of linguistic backgrounds. 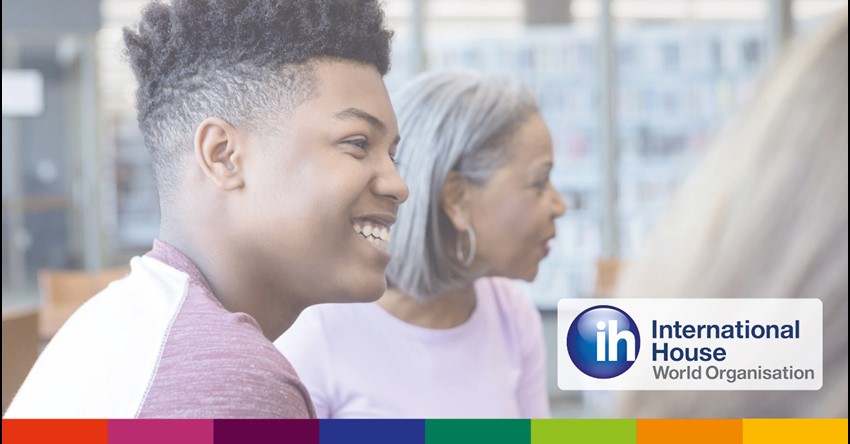