Correct me if I’m wrong

As part of our in-house PD, the subject of correcting oral errors came up: when should we do it? How should we do it? Is it always best to stick to delayed correction, because it’s less intrusive, and conduct whole-class feedback on the board at the end of a speaking activity? I felt like I had got stuck in an error correction rut, and I wasn’t convinced that students were necessarily getting a lot out of this. As part of my Delta experiments, I decided to look into it a little bit more, and share my experiences. The ideas in this article have been tried and tested with my very obliging students and supportive colleagues at IH San Sebastian.

The eternal question: which type of correction is better, delayed or on-the-spot? There is an abundance of literature on when to do it. For the sake of time and everyone’s sanity, I found that it boiled down to this: there is simply not enough evidence to show which is better (Ellis, 2009). This is both frustratingly vague and oddly reassuring because whenever you choose to correct, someone, somewhere, will agree with you. But it still doesn’t give anyone a clear answer as to when is best. I feel as though leaving it like this isn’t enough. Instead, I’d like to argue that delayed and on-the-spot error correction carry equal value, but different results.

I used to write down every error I heard during a speaking activity in a notebook, only to realise that if I were to write them all up on the board, students would feel demotivated, and probably wouldn’t retain all these corrections. I tried to find a way to categorise errors, and came up with the following acronym:

Acronyms are all very well, but why bother? SPLAT helps me see which areas need more work. The aim of it isn’t to have a nice, even number of errors in each category. It actually shows me which areas to prioritise in feedback. For instance, a very full Syntax column and a skinny-looking Tense column shows me that learners (in my context) still rely heavily on Spanish word order. It is therefore a clear indication that addressing word order is more of a priority than correcting the odd Tense errors I heard.

I experimented with actually boarding my SPLAT notes so students could see where the problem areas were for themselves. In some classes, this can prove extremely motivating, and they can sometimes even correct the errors themselves having seen them written and categorised. With others, it could be extremely disheartening seeing a board full of errors. If you feel that the latter would be a disservice to your students, I suggest that you focus on the category where most errors occur. Look at your SPLAT notes, and board the problem column. Address the issues therein, and save the other columns for later on in the lesson (or a different lesson altogether). When I tried this with a group of B2 adults, they were all able to identify the common thread in the sentences I boarded: the word order. By approaching error correction in this way, you can involve the learners more actively by getting them to notice their weaknesses, or notice which area requires more attention.

Ensuring learners produce comprehensible language also involves pronunciation. I’m not saying that learners should aim to sound British, or Australian, or Irish, and lose their L1 accent completely. In my view, expecting this is stripping learners of their identity! I believe that the pronunciation errors we choose to correct should be ones where word stress changed the meaning of the word, or made it incomprehensible, and intonation so that the words the learners choose to use sound more effective and are conveyed in the way they intended.

Keep a stack of blank cards in the classroom. Notice the common errors that crop up almost every lesson, and make a note of the problem on the card (either a sentence with a gap where the error lies, or the sentence as you heard it), and the correction on the back. Having different colours to differentiate the correct side from the “error side” really helps here. I also added a SPLAT letter to the card: a card reading “I am used to go every weekend to the cinema when I was a child” would have an A for Accuracy in the bottom right hand corner, so students could identify the type of error, correct it themselves, then check on the back. This activity can also be used with errors you notice in their written work.

As the course goes on, start removing the cards that students are able to correct quickly. I have noticed that the errors on these cards get made considerably less having been revisited frequently. If you notice that your students start to slip, put the card back in the stack for them to keep practicing and working on it. Keep adding cards with new errors are the course goes on, and at the end of a unit, consider writing or dictating a text containing these errors, which learners have to identify and correct. Ask the students to then write or give a short oral presentation which involves the correct use of the language from the cards.

Getting physical with pronunciation

I subscribe to Adrian Underhill’s belief that pronunciation is physical. In the classroom, this means we should make learners aware of how hard their faces need to work when they speak. The muscles and parts of the mouth that are needed to speak English are sometimes very different to those learners use to speak in their L1 – but they’re not always aware of this! It’s not enough to model the problem sound or word time and time again for our students, without highlighting why the problem is occurring in the first place. Make learners aware of what they’re doing and why it isn’t working. Show them and tell them, “You’re saying it like this… but it should be like this…” Get learners to feel their faces, stick their tongues out at you, feel their throats, think about where their lips are… the sillier the better!

Make pronunciation memorable and familiar. A common problem for Spanish speakers is the /h/ sound, which in Spanish is a velar fricative /x/. I ask them to imagine that their hands are freezing, and they need to warm them up by making the /h/ sound. I then ask them to do it again by making the /x/ sound, and compare how warm their hands are when they produce each sound. Now, when they make a /x/ sound, I rub my hands together, as if to warm them up, which is enough of a signal for them to correct themselves.

The ideas I’ve mentioned so far all involve the teacher intervening, or the teacher identifying the mistakes and bringing them to the learners’ attention. While culturally, this is probably what most learners understandably expect, I believe that we can, and should, give our learners the tools to correct themselves. There are several arguments in favour of this approach, but the most convincing one in my opinion is that by giving learners the autonomy to correct themselves, their awareness of their own linguistic pitfalls is increased.

I told the students that we were going to practise a CAE Part 3 task, but not to worry about timing. They were to speak until they ran out of things to say. I placed my phone on the table between them, and told them I was going to record them so that we could listen back. The students chatted away quite happily about what matters the most when choosing a university course. We then decided together on what to listen out for. We decided on “basic errors” (“people is” instead of “people are”, or using the present perfect when a past simple would have been more appropriate), wrong word choice (here, we listed words we had identified in previous lessons as problematic).

The activity evolved thanks to my colleagues Ally Morton and Emma Summers at IH San Sebastian. After I presented this experiment in a short PD session, they took it a step further and produced worksheets for students to complete. I tried using these worksheets with my own students, and the results were very interesting. Students recorded themselves speaking on their phones (this works particularly well for Part 2 in Cambridge exams), then listened back and completed the worksheet.

In the next lesson, the students brought headphones, swapped phones with a classmate, and completed the same worksheet for their partner. They could then swap notes on each other’s performance. Interestingly, students often picked up on ways their partner could upgrade their vocabulary (“You said “very” a lot, but you could have used extremely or incredibly”). It showed me that students know what they need to do - and their ability to identify their areas of weakness is undoubtedly of greater value than a teacher pointing it out, probably for the umpteenth time.

Author's bio: Claire has worked in ELT since 2012. She is currently based at IH San Sebastian (Spain) and has also worked in Poland, the UK, Israel, Vietnam and Chile. Claire is CELTA- and IHCYLT-qualified, and is in the final stretch of her Delta. This article is a write-up of a training session Claire gave at IH San Sebastian in February 2020. 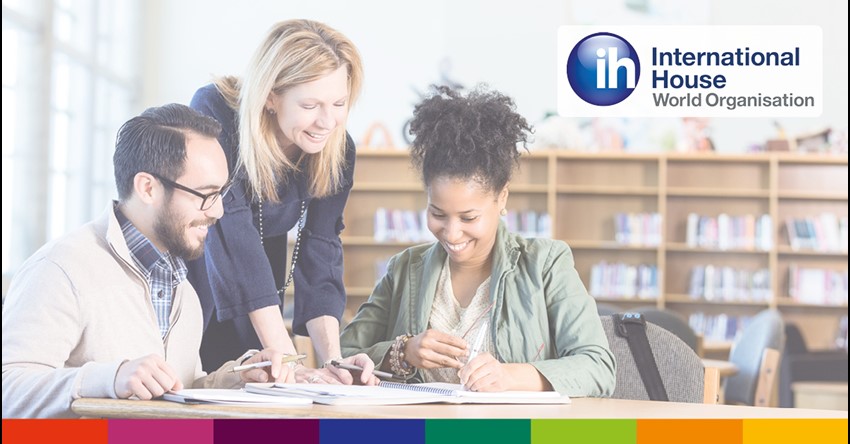