Thanks to Anthony Ash for this month’s blog contribution: 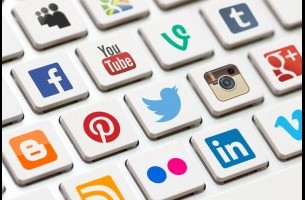 We’ve all heard of Facebook and its nickname “the social network.” It’s an understatement to say that Facebook has become a ubiquitous force to be reckoned with not only in the online world but also the face-to-face world. We’re shocked when a person doesn’t have a Facebook account. We judge companies which don’t have a Facebook page link as unprofessional or part-timers. Facebook has touched society to its core. It has resulted in discussion on democratic rights, privacy laws and business affairs.

Yet, despite the far reaching ripples of the Facebook bomb, its reach hasn’t quite touched education , particularly English Language Teaching. Facebook isn’t something we just use alongside socializing, politics and business – it has become part and parcel of these. The number of thumbs up your campaign gets is a measurable metric of the campaign’s effectiveness. The attractiveness of your company’s Facebook page directly impacts on the number of clicks that turn into successful business leads.

Yet in education in general and specifically in language education, social media has almost no presence. It’s nothing more than a tool for potential stumbling across or disseminating useful resources. Why hasn’t social media touched education the same way it has the remaining facets of society?

The short answer is simple: I don’t know. If you do know, please send me a comment using this link. Perhaps there isn’t a single reason – the answer might lie in a multitude of small reasons, which collectively result in the overall lack of integral use of social media in ELT.

However, perhaps the reason is more simplistic. Maybe the needs of educators and learners aren’t being met by what’s currently available. Slack, Edmodo and WeChat are all examples of apps, communication tools and social media which can be used in education – and successfully are by some teachers – but the widespread use of them hasn’t come about yet.

Social media, as it currently stands, presents learners and teachers with a number of thorny issues:

If current social media doesn’t allow us to do what we need to, then the solution lies in creating or finding something which does. This is where a product which I label the Social Learning Network comes in.

And what makes it different to current social media software? Firstly, it’s a professional network, so no crossover with your personal life. Secondly, It lets you share your resources only with those who you’ve made them for. Thirdly, you can sign in and out when you want, making you contactable on your terms and your time.

Sounds great, right? So where do you sign up is the next question.

As this is a movement which hasn’t hit the education sector on a massive scale yet, you won’t be surprised to learn that there aren’t that many SLN’s to choose from. I’ve done my homework and found three which could fit the bill.

Spiral lets you and your users make use of the social media features which everyone is already well acquainted with: posting, commenting and chatting. Although Spiral has some of the features needed in an SLN, it isn’t a network in itself. Learners use it to enhance their learning, but they don’t have profiles or build up a network on it. Perhaps network-like feature is something which will be added on to this product.

Yammer looks and feels more like a social network. The comments box and the polling system are very similar in look and style to those of Facebook and Twitter. The problem is that it isn’t education focused. The whole approach of Yammer is business. Without realising it, they’ve designed something which could work well in education, but their message and approach is 100% corporate.

Learnium is 100% a Social Learning Network. It’s been built just like any other social media app, with thumbs up, post sharing and comments. In addition, you can collate materials into topic-specific boards, just like Pinterest, and what you share can be made public or stay within your small group, whole class or institution. It has a few features which I don’t quite understand, such as the Feedback button, but according to its website there are several big updates on their way.

So, social media hasn’t had that deep impact on education which it has had on other sectors. But it is on its way with the Social Learning Network. There are already several SLN options out there, it’s only a matter of time before there are more and more.

When choosing a platform for your Social Learning Network, remember to think about the following three things:

Anthony Ash is the Director of Training at Applingua. He regularly blogs and tweets. He is interested in Teacher Training, Language Education and Education Technology.